In 2019, facelift surgery was in the top five plastic surgery procedures, and men accounted for ten percent of all facelifts performed. As people strive to look younger for longer, facelift surgery is the obvious solution. Since most of the literature discusses facelift surgery for women, we are here to answer all of your questions about the male facelift. 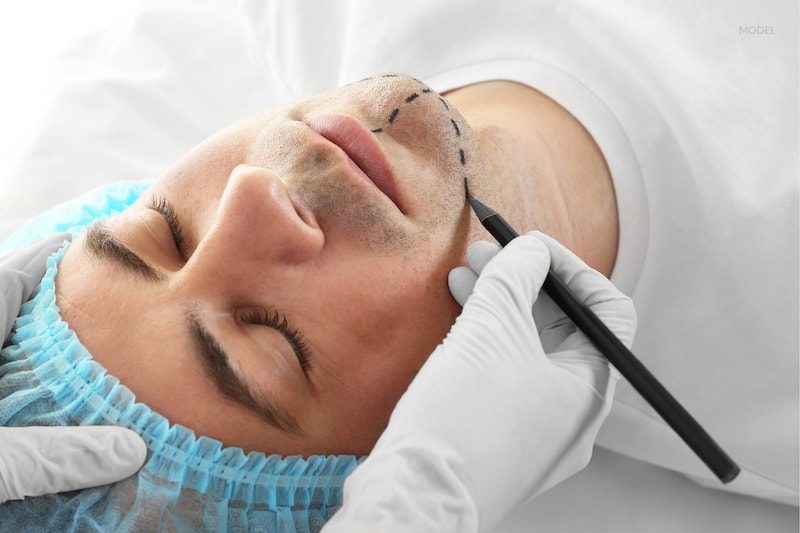 Why Do Men Choose Facelift Surgery?

Men and women both want to look younger, but the dynamics of the facelift differ slightly for each gender. Women often get a facelift to reduce the jowls and eliminate wrinkles and deep lines from their cheeks. While women get facelifts for a delicate, softer appearance, the opposite is true for men. A man usually gets a facelift to appear more masculine or “rugged.” So, the male facelift often seeks to create a chiseled, defined jawline, and, above all, remove loose turkey-gobbler folds from the neck. Men often complain that these folds prevent them shaving properly.

Nevertheless, no two people are the same; you will discuss your desired outcomes with Dr. Boyd, and the facelift procedure will be designed to focus on your particular problem areas.

What Are the Benefits of a Facelift?

A facelift can help to rejuvenate the chin, lower cheeks, neck, and the mid-face area. If performed correctly, a patient can look up to a decade younger after a facelift.

There are several differences between men and women that come into play for facelift procedures. Women have thinner skin, making their facelifts slightly less challenging for the surgeon. Additionally, women have thinner muscle and connective tissue in the face compared to men. A surgeon needs to account for the male patient’s stronger bone structure and denser muscle to avoid a tight, pulled appearance post-surgery.

Many patients choose to get liposuction in the neck as a part of their facelift. Neck liposuction for males can be challenging as the fat is usually more fibrous and difficult to remove. Surgeons should have experience in male plastic surgery to achieve natural results for a male facelift.

Most men are required to shave their faces before their facelift. Hairlines can shift following facelift in men and Dr. Boyd will indicate exactly what to expect beforehand.

Are the Incisions Different?

Facelift incisions are a little different in males due to beard growth. While, in women, the incision would often pass behind the tragus of the ear to conceal the scar, in men it would be positioned in front of the tragus so that hair-bearing skin would not be drawn over the tragus and into the ear. Similarly, in women, the incision often passes behind the temporal hairline above the ear, while, in men, it usually stays at the hairline to preserve the appearance of the sideburn.

Can Men Undergo a Mini Lift?

While mini-lifts are quite successful in women, they don’t work very well for men. More aggressive lifting is often required due to men’s heavier tissues, so, typically, only full facelifts are recommended. During a consultation with your plastic surgeon, the doctor will explain the exact details of your surgery.

What Is an Anterior Neck Lift?

For many male individuals seeking facelift, their only complaint is loose neck folds. These can be dealt with by direct excision, which is far more effective than a full facelift where the pull is indirect. Furthermore, it can be performed in the office under local anesthetic. An anterior neck lift is certainly the biggest ‘bang for the buck’ in male facelifting. However, it does place a zig-zag scar down the anterior neck. Nevertheless, this heals remarkably well in the patients for whom the operation was designed.

Dr. J. Brain Boyd is a board-certified plastic surgeon who gives patients the natural results they are looking for. With years of experience in both male and female facelift surgery, you can trust Dr. Boyd for the best results. Book your consultation by calling 310-597-4734 or contacting us online.